skaz has played in 31 leagues:

If Ozfortress Goes Through With This They WIll be Losing One Of Their Most IMportant and Valuiable Community Members.....

Congratulations to House of Cards on winning the OZF 31 Intermediate Grand Final against Penny Traders.

After a mostly dominant season dropping only three maps over the course of the nine matches played, House of Cards triumphed in the final over Penny Traders.

As is so often the case, the scoreline doesn't really tell the whole story of the match. This game was the culmination of a whole season of frags and deaths, middies and misses, fat solos and catfish Ubers. Congratulations to House of Cards on winning ozfortress season 31 intermediate and commiserations to Penny Traders who so nearly made it all the way.

Thank you to all the players, support staff, and patrons that helped make this season possible. We'll see you all again very soon!

Most Improved Player: undrex and Solres
Most Valuable Player: Yui

The next map in the BO3 series was Process, ligma’s pick. People were curious how this map would play out seeing as ligma won Reckoner (a map they did not even pick). Going into the first round of Process it seemed to look very similar to Reckoner, however, a good slow middle fight from Flame Text Bandits awarded them the point. Flame Text Bandits looked strong going into the last push with their full Uber advantage. However, a massive shot from Tohka onto Mack was able to cripple their push and allowed ligma to get out of their last.

After seven minutes of process and Flame Text Bandits losing players at poor times, ligma were able to pick up three quick round wins. It seemed that Flame Text Bandits and ligma loved to just stick back and send in sacs, which is a great idea for ligma as they were three rounds up in only ten minutes. But Flame Text Bandits needed to pull a miracle, and they did attempt several. Lizrd-Wizrd and Donn were constantly going for sacs trying to get some kind of advantage, but it did make you wonder if they could try something else. A hopeful solo Uber push from alibastor and omni came through door two, but unfortunately, alibastor dropped to the sentry. After a slow rest of the map, the final score for Process was 3 - 0 crowing ligma your ozfortress season 30 Intermediate champions!

Thank you to all the players, support staff, and patrons that helped make this season possible. We'll see you all again very soon!

Most Improved Player: a team of ants in their prime
Most Valuable Player: omni

Congratulations to Terrible Tactics on winning the OZF 29 Main Grand Final against :cancer.

A dominant showing from Terrible Tactics in the Upper Page playoffs saw many predict that :cancer would not make it through the Semi-Final. However, a close match saw them take the victory sending them to the Grand Final against Terrible Tactics.

The match started with Product being picked by Terrible Tactics. The match began slowly with both teams scoping out the opposition on the mid-fight. It wasn’t until aggressive bombs from the soldier on :cancer that a team fight began. The fight was going great for :cancer as they were able to split up the players on Terrible Tactics. After receiving some heals from their Medic Ambrosia, they were able to stabilise, capture the point, and begin defending. It didn’t take long for Terrible Tactics to start aggressing. Having their Medic die in the previous fight meant they were on the backfoot and were looking for some opportunity to sac in their players. :cancer was doing a brilliant job of shutting down any kind of aggression from Terrible Tactics. After some time a team sac came in from Terrible Tactics but they were unsuccessful at getting the force they desperately needed causing a reset.

After some back and forth it didn’t take long for Terrible Tactics to start to dominate the map. Their defence seemed to stop aggression in every fight. Besides some promising aggression from the soldiers on :cancer it didn’t seem that :cancer could find their footing.

Product was taken 3 – 0 by Terrible Tactics with the help of some incredible Ubers by Wirthy and some great control on the flank from a team of ants in their prime.

Looking at the logs of the match it was very clear who were the stand out players. Optive, a team of ants in their prime, and Wirthy all put up some great numbers with nurf putting up some good numbers in the K/D department.

Going into Sunshine, the map picked by :cancer, there seemed to be a general consensus by the casters and players that it would be a lot slower, something that people thought would be a great assist for :cancer. In the first round, it was Spartan with a few great kills on a last push that secured a round for them. In the second round it was D-Fault’s pain train that was able to pick up a cheeky capture. D-Fault’s main calling was praised by the casters, and their skill with calling shows with a quick two rounds picked up by :cancer. In the third round, a pause was seen from Terrible Tactics as Wirthy was having some lag issues. Once the match resumed a dominant last push from Terrible Tactics to give them a round on the board bringing the map to 2-1 to :cancer.

In the 4th round, Terrible Tactics found themselves on the backfoot with quite a few off-classes, which they kept up for quite a while until they decided to start sending sacs which ended up being unsuccessful. It wasn’t until Terrible Tactics lost a team of ants in their prime and Optive in a botched sac did :cancer try to go for a push. Unfortunately :cancer were forced too early while trying to push into last, which converted into allow Terrible Tactics being push out of last.

Despite a few great plays by the players on :cancer, (D-Fault’s great sticky trap stopping a push from Terrible Tactics being one of them.) Terrible Tactics were able to pick up another round, bringing Sunshine to 2 – 2 and taking it to a golden cap.

Looking at the logs before the golden cap it’s quite obvious that :cancer were putting up much more of a fight than on Product, with juice and nurf putting up some great numbers.

The mid fight on the golden cap round was looking quite slow like their first mid-fight back on product.

Both teams doing the classic sunshine mid-fight strat of rotating around until something happens. It wasn’t until a team of ants in their prime attempted to go for a flank that damage really started coming out from both teams. Frags were traded back and forth until :cancer were able to clean up and grab the capture. With full Uber advantage, it was looking very promising for :cancer. Ambrosia was looking to give their teammates a good overheal before popping in through the left side, unfortunately dropping nurf in the process before D-Fault died post Uber. Terrible Tactics pushed back out of last with their full Uber advantage and had their eyes set on middle as well. After capturing mid they went for second but unfortunately lost the fight from a brilliant trade from :cancer. This reset the round so that Terrible Tactics had to defend their second. After a lot of classic golden cap back and forth, a bomb from a team of ants in their prime secured the Medic frag giving his team a huge Uber and player advantage. After a clean Uber push Terrible Tactics were able to win the round and pick up the golden cap securing sunshine, crowning them your ozfortress season 29 Main champions!

Thank you to all the players, support staff and patrons that helped make this season possible. We'll see you all again very soon!

Congratulations to open veterans on winning the OZF 27 Main Grand Final against braincels2020.

The next map was Granary, a change of mindset was really needed from the players on braincels 2020 if they were to bring it back. The map started of with a back and forth and a promising show of skill from the players on braincels 2020, with bumble putting out good damage onto 2345y. However it was not enough, as open veterans took the first few rounds with dominance. The forth round showed us a great showing of teamwork from braincels 2020 as they coordinated a double soldier bomb onto the combo of open veterans, however despite take their first round of the map just before it wasn’t enough as the dominant open veterans reclaimed their momentum and finished the match off with a 5 – 1 map win to become your ozfortress season 27 Main champions!. 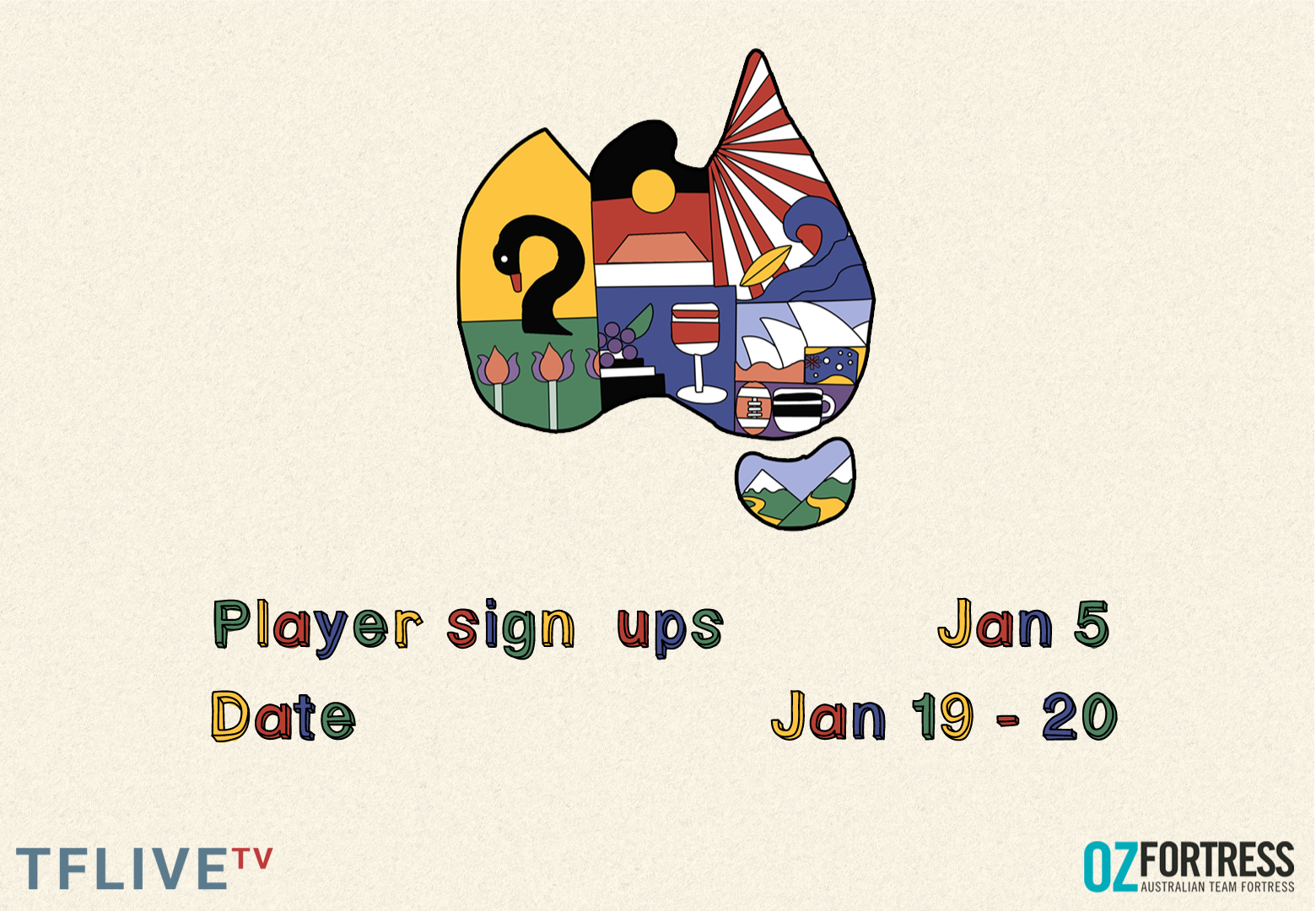