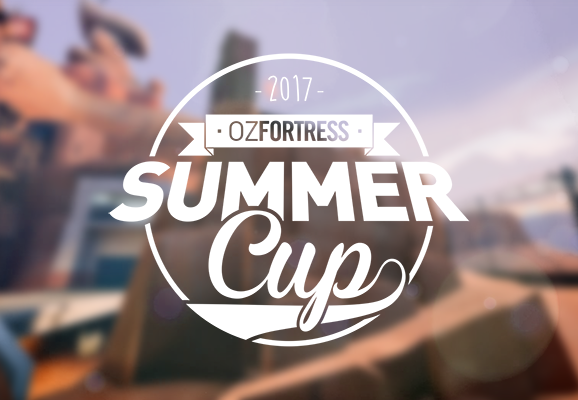 The Cups are designed to be a casual laid-back event for over the Summer, especially after two seasons of the flagship league run back to back. Focusing on a relaxed experience, there will be three brackets - Premier, Intermediate and Open. Premier and Intermediate will have 8 teams while Open will have 16. All brackets will be a single elimination bracket, both run over a single night per Cup.

Maps for Midsummer Night Cup 1 will be released with this announcement. Maps for the second night will be released closer to date and also based on feedback of the first night. The Grand Final of Premier will be played over three maps using a pick-ban system with a slightly modified OZF 17 map pool. All other matches are a best of one. In ozfortress Midsummer Night's Cups 2017, we will be adding koth_bagel to diversify the maps.

ozfortress servers will be used for this competition, but they will be distributed by ozfortress League Administrators. Be sure to be in the ozfortress Discord for ease of communication.

Hawk has also retired as an ozfortress administrator as he is moving forward in his life. We thank him for his contributions and wish him the best in the future.

Like previous seasons of the ozfortress seasonal league, we will be using the highly successful league system - Citadel. In Citadel, Captains can create Teams using the "Start Team" button on the Teams page. Once created, Captains can invite a user to the Team. Team invites are shown on a user's profile, which can be accessed by clicking on your name next to the bell on the top right hand corner of your screen. Teams provide a bucket of players that can be signed up for a tournament. Players may be on multiple teams but only one Roster for any given tournament. Captains may sign up a Roster for tournaments under the League page. Thanks to our developer, map selection as described above has been implemented into Citadel.

If you are using an existing team, you do not have to recreate your team again! Simply sign up your A Midsummer Night's Cup 2017 roster using your existing team.

There are some ruleset differences between the Midsummer Night's Cups and the regular seasonal league. Be sure to have a read of the changes to make sure you are up to date. These have been outlined in the following posts and also in the FAQ.

If you're new and not sure how to get started, don't fret! Check out the recruitment section where you can find or form a team. Teams are normally comprised of 1 Medic, 1 Demoman, 2 Soldiers and 2 Scouts. However, the best way to learn the game is usually to just start playing. Whether you're a veteran or new to the scene, get on a team and come play!

We are really keen to get this out for people to know about this - form your teams, and get ready to play some great TF2. Signups are open now, right up until Friday the 16th of December at 11:59 PM!