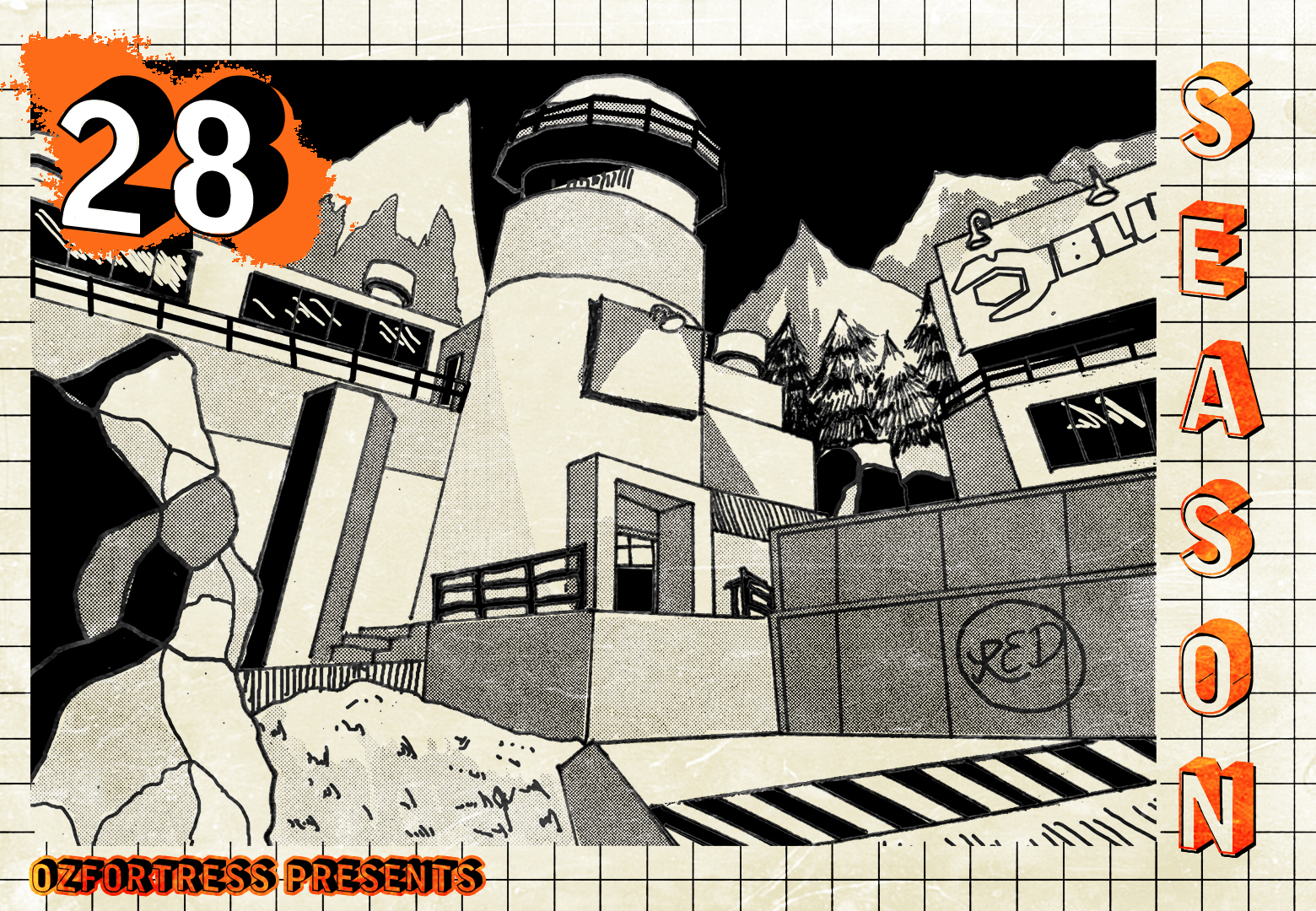 The ozfortress seasonal league has returned! As per usual, the league will be run using the highly successful Warzone. Whether you're a hardened veteran of the scene or a newcomer to 6v6 TF2 there will be a place for you in ozfortress season 28 and we hope to see you there!

The map pool for OZF 28 will again comprise of nine maps and certain maps will be played once during the regular season with other maps being played twice. This season we're seeing the departure of Bagel and Reckoner. In their place we're seeing the return of longtime North American favourite Metalworks as well as old classic Prolands. Both of these maps are familiar for many ozfortress players both old and new.

We are also extremely excited to announce a prize pool for the Premier division of OZF 28! This season will feature a $2000 AUD prize pool to be spilt between the top three placing Premier teams. The distribution will be as follows:

Thanks again to all of our Patrons, past and present, who helped make this possible.

During OZF 28 we plan on conducting random demo checks to ensure players are recording demos. Please ensure that you are recording match demos in order to avoid punishment.

This season we will also be continuing our new transfer window system that we introduced for OZF 27. This systems sees transfers be done every two weeks rather than every week. The system will allow admins more time to review and accept transfers.

We will also be featuring several new plugins on ozfortress servers for OZF 28. The added plugins will fix the notorious sticky-det bug as well as the ramp slide bug, and remove the Rick May memorial statues from maps. These are the only plugins we will be using for OZF 28. No others will be added.

You can sign up for ozfortress season 28 from Sunday the 10th of May up until Wednesday the 20th of May. We aim to have seeding out by the 23rd of May with the season starting on the 24th, however this is subject to change. This gap between the closing of signups and the start of the season is to give the administration team more time to seed. ozfortress season 28 will begin on Sunday the 24th of May.