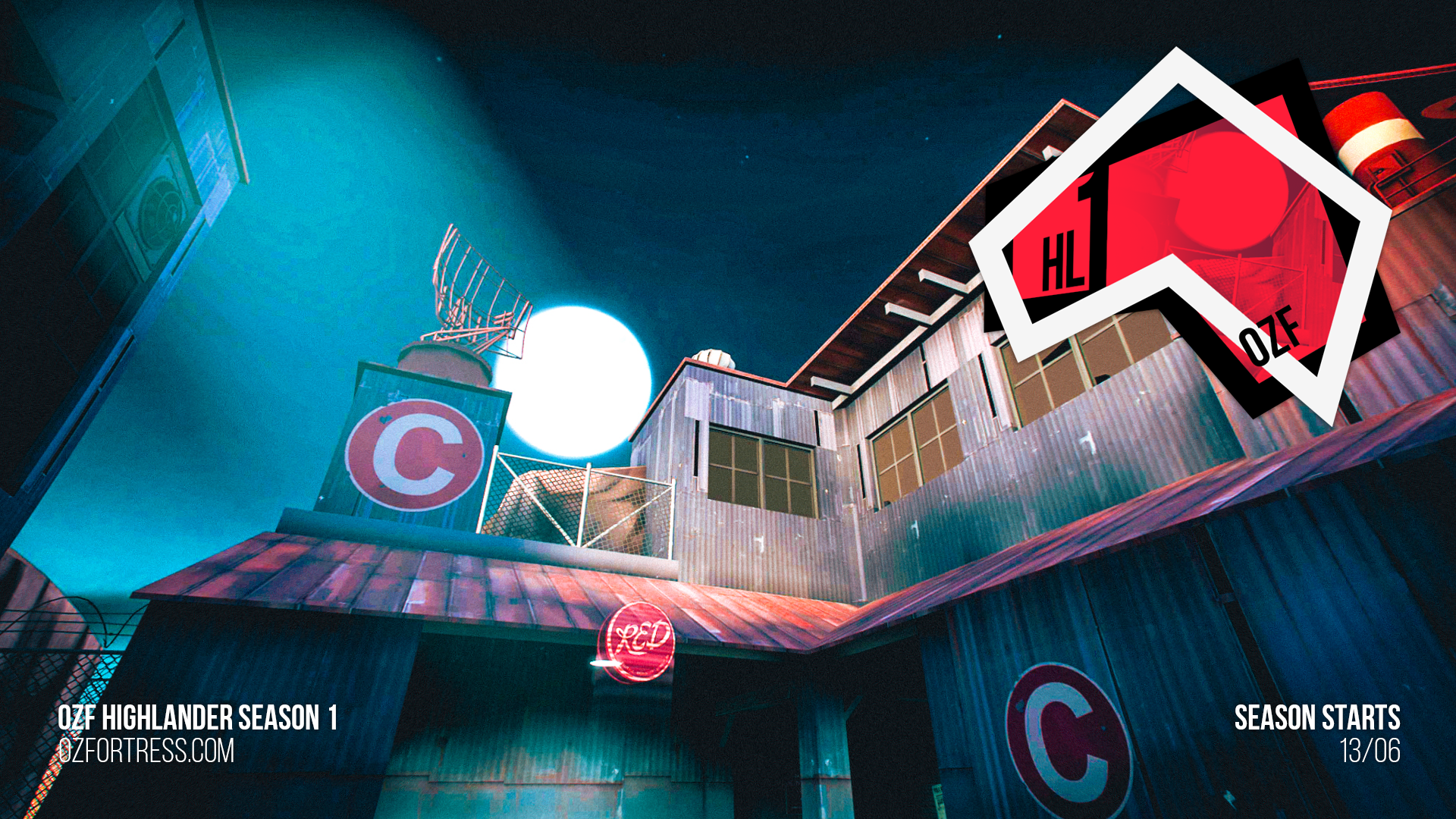 ozfortress Highlander returns! Returning from the deepest and darkest depths of the ozfortress vault, we're bringing you a fresh new Highlander seasonal league that will run alongside Sixes (6v6).

The map pool for OZF HL 1 will be comprised of nine maps and certain maps will be played once during the regular season with other maps being played twice. This season the map pool has seen some changes from Respawn League's S11, namely with the removal of Cascade, being replaced with a new version of Lakeside made by xobile. We are making use of the updated versions of the Refresh maps (Upward, Borneo, Warmtic & Steel). Going into future seasons we will be putting much more focus on providing better ways of collecting map feedback on the polls for map authors, and ensuring those results are forwarded to authors.

There will be two skill divisions for ozfortress Highlander Season 1 (Premier and Main), or only one division (Main) depending on the number of signups. Provided we reach enough teams for two divisions, Premier will be run using Round Robin, with Main making use of the Swiss system.

This season will feature two new fixes from twiikuu's TF2 Comp Fixes, namely Empty active ubercharges when the medigun is dropped, and Projectiles Ignore Teammates, both of which are being used in the current season of Sixes. We are introducing these fixes/changes to prevent medics from being able to make use of two versions of the same exploit, and to trial run projectiles ignoring teammates. All other fixes used previously in Respawn League are identical to ozfortress' existing fixes, and as such will continue to be used for this season.

Qixalite provides free and paid bookable server solutions for the community, and we would like to thank them for continuing to do so not only for doing so for so many years, but for their dedication to maintaining, building and expanding upon the Australian TF2 community, and the competitive scene at large. You can find out how to use their bookings system and more from their discord.

If you're new and not sure how to get started, don't fret! Check out the #recruitment section of the ozfortress Discord where you can express your interest in joining a team, or peruse potential players to form a team of your own. Teams are compromised of one of each class (Scout, Soldier, Pyro, Demoman, Heavy, Engie, Medic, Sniper, Spy). If you're new to the competitive scene, click here for an introduction to ozfortress!

Please ensure you have enough backups to last the season; teams are allowed a maximum of fifteen players rostered on for any single tournament.