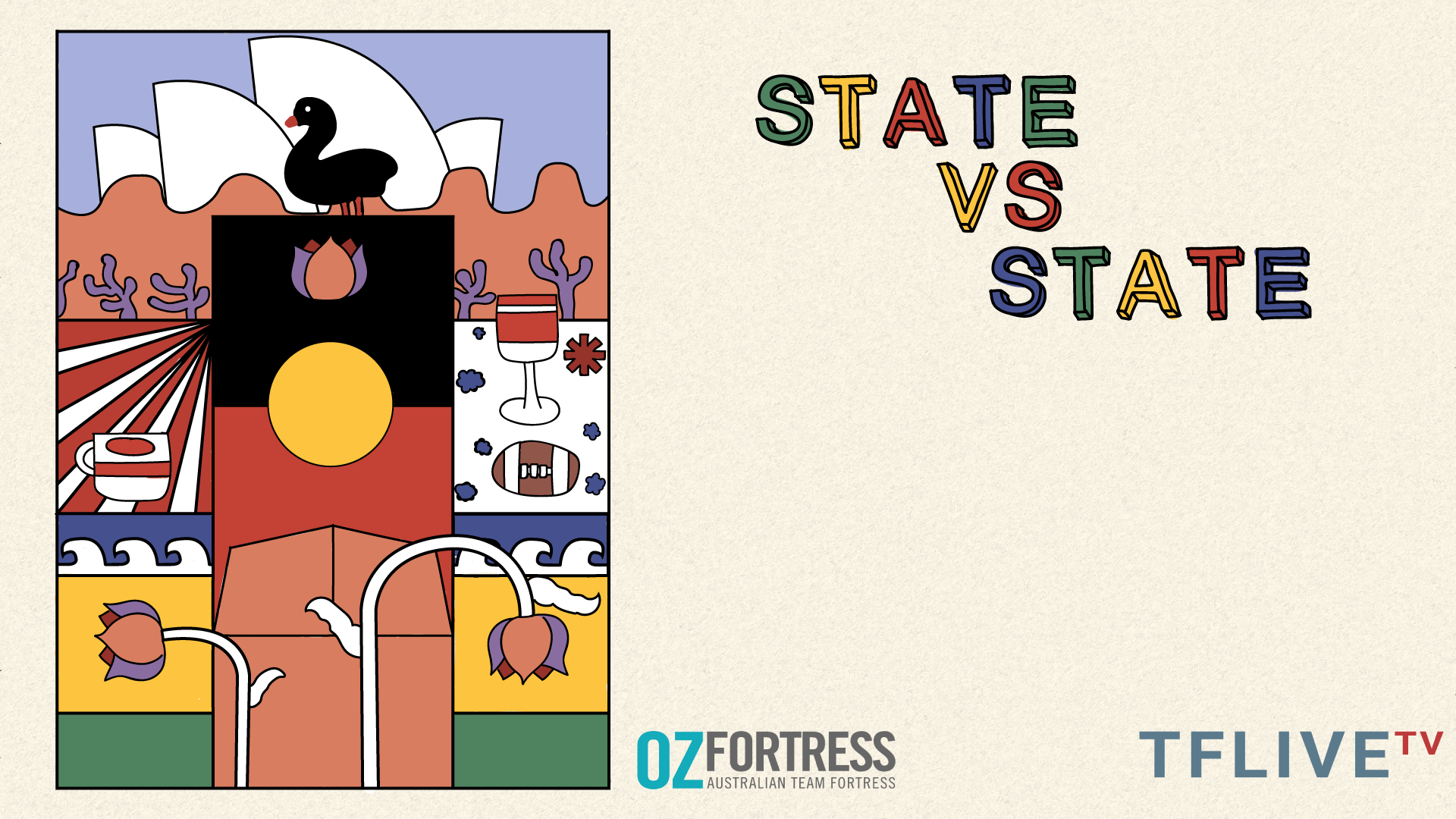 In January 2020, the Australian states and territories (and New Zealand) will fight it out for glory.

Welcome back State v State! It's been many years since ozfortress has hosted a State of Origin event, and we're hoping that the states will be more eager to prove themselves than ever. ozfortress State v State 2020 is a spectator-oriented event. We are working close with TFLIVE to deliver a fun spectator event to hype people up for OZF 27.

In this two-night cup, teams featuring players from each state will battle it out to claim the championship as well as the bragging rights for their state. The first night will involve a swiss-system group stage and the second night will feature the playoffs.

We encourage players of all skill levels to signup, you never know who will end up playing on the team!

For more information everything regarding how teams are formed and how the competition will run, see the linked threads at the bottom of this post. It has been a long time since ozfortress has run a State v State event, so we will be using this event to gauge how easy the event is to run as well as how well it is received. If you see any issues or notice any mistakes, please let an administrator know!

Player Signups are open now, right up until Sunday the 12th of January at 11:59 PM