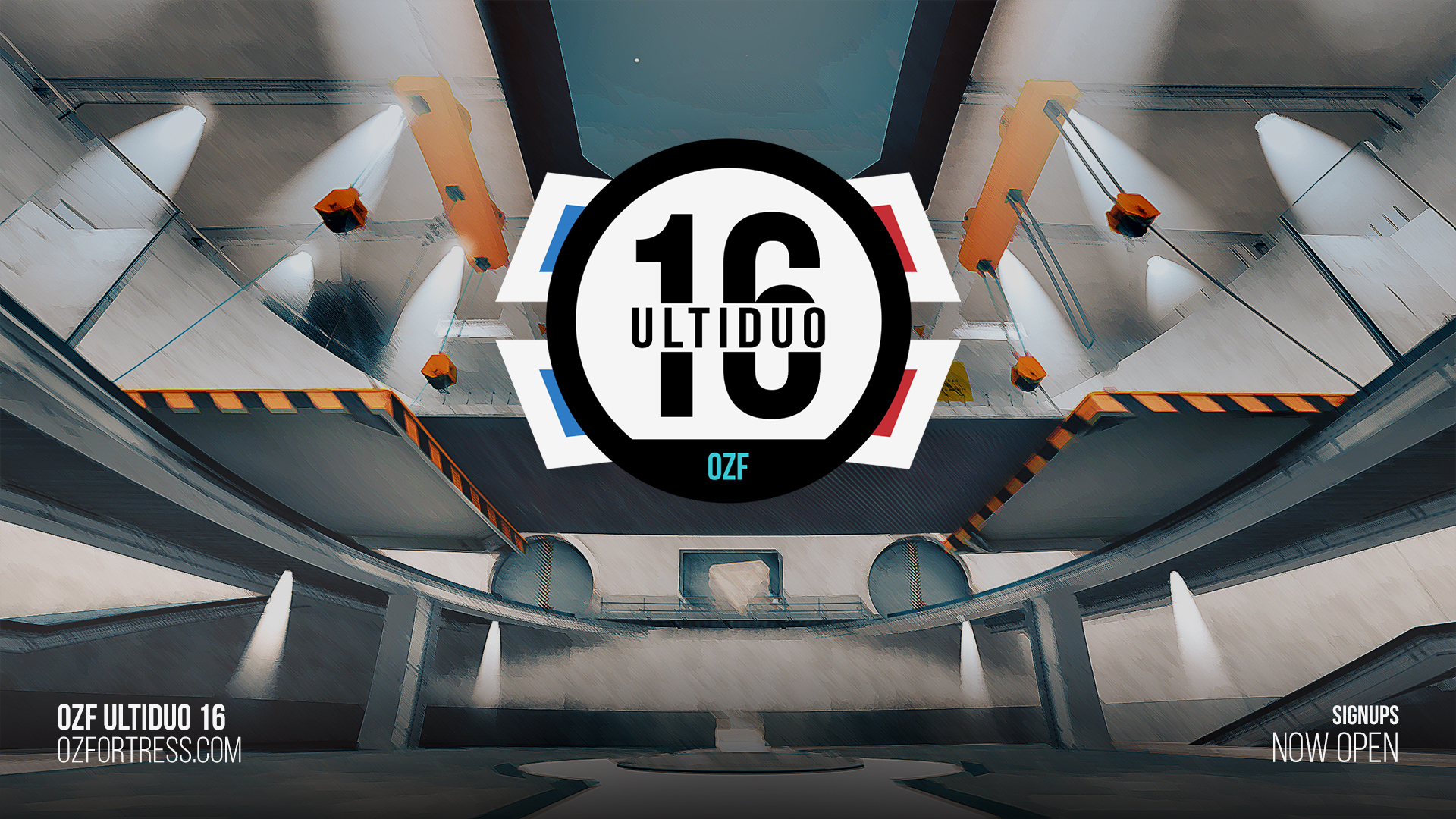 ozfortress' Ultiduo makes it's return during this off-season between Season 33 and Season 34 of our seasonal competitions! The 16th iteration of Ultiduo run by ozfortress, aptly named Ultiduo 16, will be a three day event. This time around we're making some important changes to not only the format, but schedule and competition length. Moving forward we are looking to slowly do-away with traditional one-night cups as you have experienced in the past, and move to tournaments that fill more time during the off-season, and give players something to look forward to in the off-seasons rather than just reforming their seasonal roster for the next season!

Group Stages will be conducted under the Swiss system, with Playoffs making use of Single Elimination. Expect the Swiss Group Stages to feature five matches with decent breaks in-between. Expected match duration for each game is around 10-20 minutes max, so we have allowed for more time in-between than in the past and also allowed time for teams to book their own servers and play. All Playoffs rounds will be played in a Best of 3 format on ultiduo_ozf_r, with a winlimit of 1 per round.

We will be using a newer version and retheme of the original koth_ultiduo_r_b7, updated and rethemed by skaz! Be sure to checkout ultiduo_ozfortress_r when it becomes available to download!

You can sign up for ozfortress Ultiduo 16 from now (Sunday the 17th of April) up until Friday the 22nd of April 2022 at 11:59PM AEST. We aim to have seeding out by Saturday the 23rd of April (at the latest) with the tournament starting on the 24th of April.

When each round starts, matches will be generated. Teams will need to communicate who will be booking the server, with the base expectation that the Home team will book the server (see the Bookable Servers category below for more information on this). Teams will need to both load the map, and execute the config before playing. We have allowed for extra time between matches, but the scheduling will still be fairly tight.

Please start each game as soon as possible as there is a tight schedule for the Group Stages and Playoffs. If the other team has not shown up five minutes after the server has been booked, message an administrator to claim your forfeit win.

After the match is over, please submit / confirm the scores IMMEDIATELY AFTER THE MATCH IS OVER. Posting of logs is not mandatory but logs will be used for solving disputes.

Server booking can be done via the ozfortress discord once again, praise be to the almighty Reginald. Simply join the #bookings channel in the ozfortress Discord and type /booking create, follow the prompts and details of your server booking will be DM'd to you. You can also book a server via Qixalite's Discord, using their #tf2-booking channel, and execute the same commands to change the map and config.

Executing the Ultiduo config on your bookable server:

These commands will work on both ozfortress and Qixalite servers.

If you're new and not sure how to get started, don't fret! Check out the #recruitment section of the ozfortress Discord where you can express your interest in joining a team, or peruse potential players to form a team of your own. If you're new to the competitive scene, click here for an introduction to ozfortress!

Once you've signed up your team or have joined one, your part is done. Seedings will be released Saturday night.