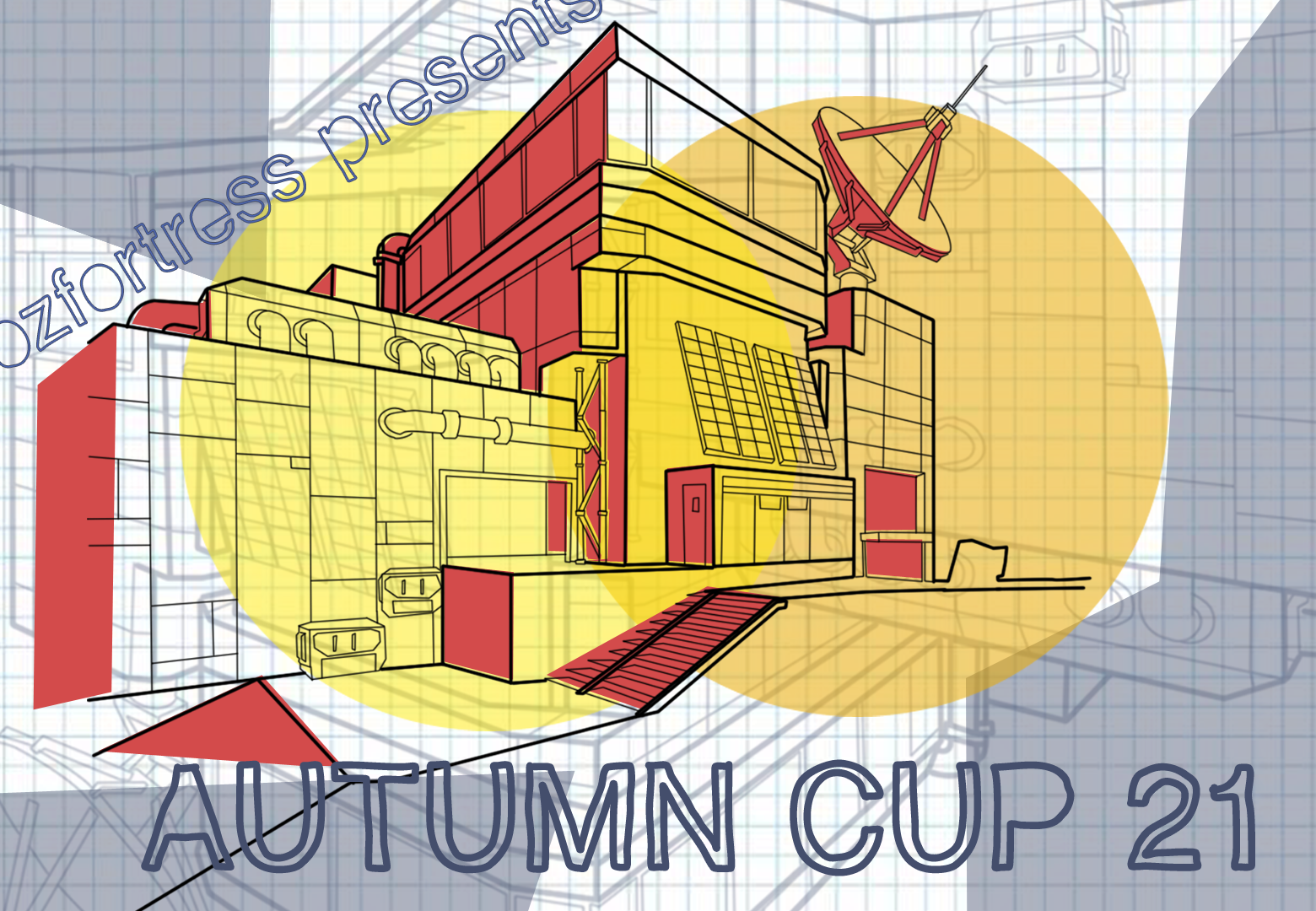 Welcome to the ozfortress Autumn Cup 2021!

We're back for the first event of the offseason and we're excited to be testing a new format. The ozfortress Autumn Cup 2021 will be a two night cup, using a format similar to the State v State event we ran at the start of 2020. The major difference is this time everyone can play!

This cup will feature multiple divisions battling it out over two nights. The first night will feature a group stage consisting of four best of one matches, while the second night will host the playoffs for each division, made up of only best of three matches.

For the ozfortress Autumn Cup 2021, we're seeing the return of Clearcut, a map many will remember from OZF 30. We're also seeing the debut of Mannbase, made by our very own skaz. We're excited to see how the community responds!

In a first for ozfortress events, we will have a team cap for this tournament. We will only be accepting the first 32 teams that sign up for the event, on a first-come first-serve basis. While we think it is unlikely we hit this team count, in order to ensure we have the right number of servers for the tournament we need to limit the total number of teams.

As the schedule for this tournament is tight, teams must be ready with at least five rostered players in the server by the round start time. If a team is more than FIVE minutes late, your bracket's league administrator MUST be contacted and a forfeit win will be recorded. DO NOT DELAY YOUR MATCH AS A COURTESY TO A LATE TEAM. ONE DELAYED MATCH DELAYS THE WHOLE TOURNAMENT. Note that 5CP matches can go for 40 minutes with a Golden Cap, so this must be followed closely.

If you're new and not sure how to get started, don't fret! Check out the #recruitment section of the ozfortress Discord where you can express your interest in joining a team, or peruse potential players to form a team of your own. Teams are normally comprised of one Medic, one Demoman, two Soldiers and two Scouts. If you're new to the competitive scene, click here for an introduction to ozfortress! Whether you're a veteran or new to the scene, get on a team and come play!

Player Signups are open now, right up until Saturday the 24th of April at 11:59 PM