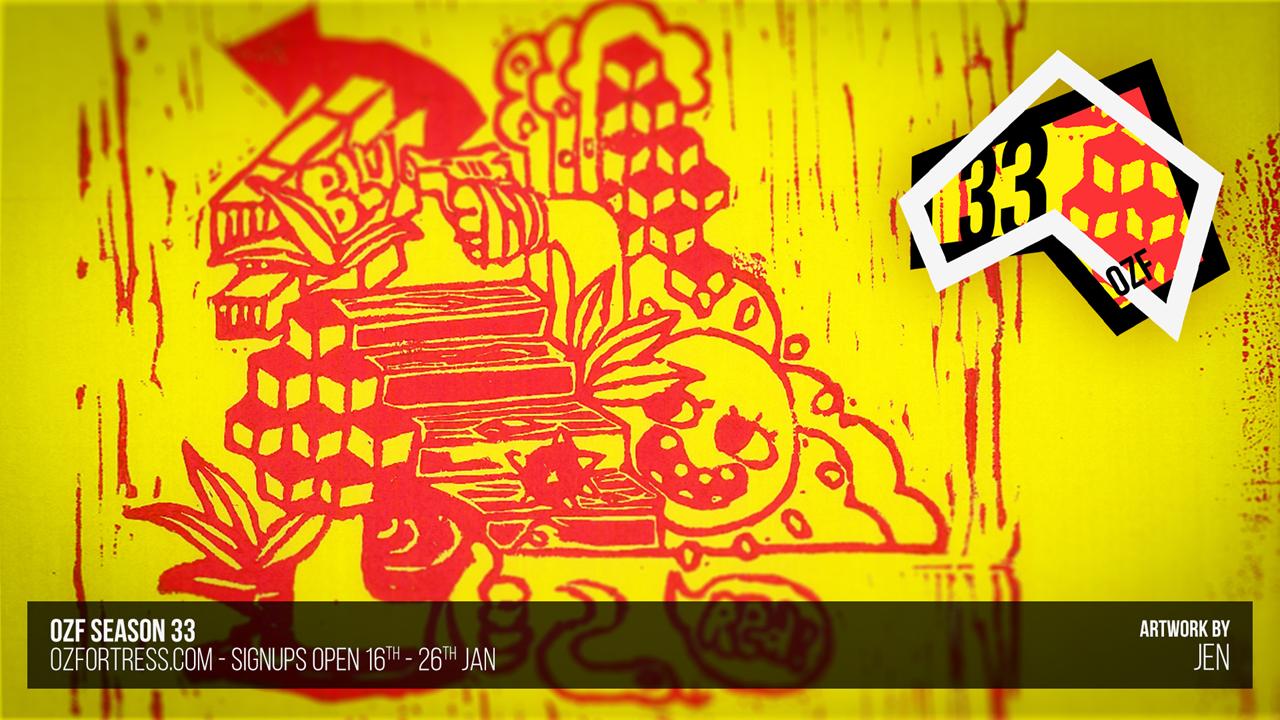 The ozfortress seasonal league returns with OZF 33! Returning from a quieter off-season for administration, there was plenty of action for the players, however, and we look forward to potentially working with other organizations in the future to bring new and exciting off-season competitions for you all. But, first, we have to get back into the action! 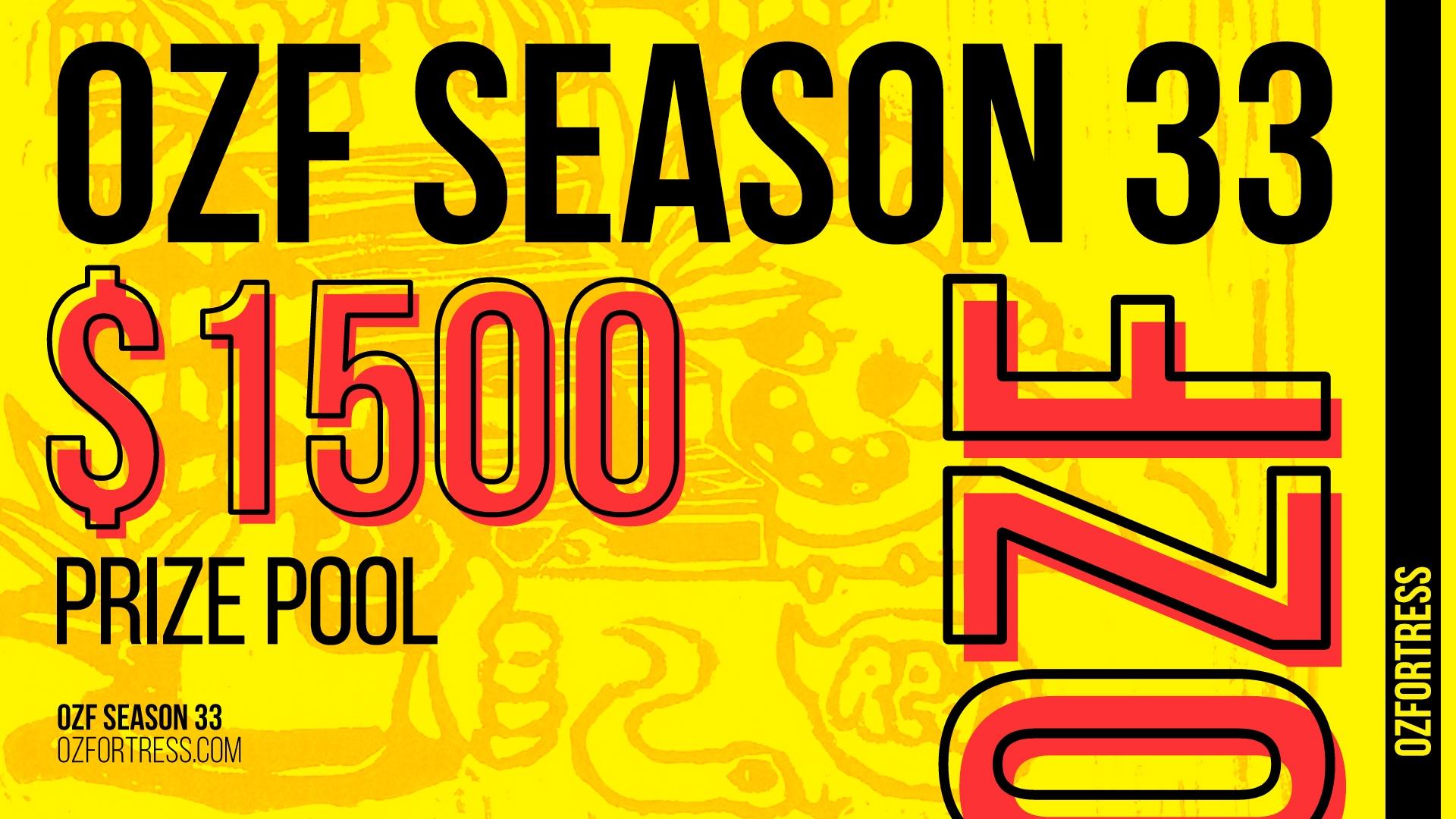 We are also extremely excited to announce a prize pool for the Premier division of OZF 33! This season will feature a $1500 AUD prize pool to be spilt between the top three placing Premier teams. The distribution will be as follows:

A big thank you to Cole & Darien for donating $500 each, and again to all of our Patrons, past and present, who helped make this possible.

The map pool for OZF 33 will again be comprised of nine maps and certain maps will be played once during the regular season with other maps being played twice. This season the map pool will see some changes, namely in the inclusion of a third KOTH map, Bagel. We've decided to include Bagel, and drop Metalworks for this season. As you'll see with the release of poll data, Metalworks does sit considerably higher than Granary, but we're hoping in this season and the next to "run the gauntlet" of the lower-rated maps (whether they are in the pool currently or have been gone for a while), and ascertain what maps should be sunset in favour of others. We've had numerous low percentage maps sitting there for many seasons now without much change, so we hope to clear up the "backlog" so to speak. Clearcut will be returning yet again, being played twice in the season like OZF 31, with Product now being played only once. We're also seeing the return of Refresh Gullywash, and we hope to work closely with the Refresh team to collect feedback and issues with the map via our seasonal polls. Going into future seasons we will be putting much more focus on providing better ways of collecting map feedback on the polls for map authors, and ensuring those results are forwarded to authors.

There will be five skill divisions in OZF 33. The brackets we will feature are Premier, High, Intermediate, Main and Open! Both Premier and High will have a Round Robin group stage while the bottom divisions will consist of a Swiss group stage. All brackets will continue using the Page Playoffs format. Grand Finals for Premier shall be played as a no-advantage best of five, while all other division's Grand Finals will be a best of three. Premier and High (or Intermediate in the event of a four-division season) will have eight teams while the other division's sizes are pending signups. Depending on the number of signups we receive for OZF 33, we may adjust the number of skill divisions after signups have closed.

This season we will also be keeping the forfeit all matches on disband setting off permanently. After running and experimenting without it for multiple seasons now, we see removing it as the best solution to teams who disband having remaining matches, especially for Round Robin divisions. Previously, if a team disbanded during the season then all matches that they had already played would turn into forfeit wins for the other team, but now only matches that haven't been played are forfeited. This season all match results from a disbanded team will stand, and no matches will be retroactively forfeited.

We had initially planned to release Poll Data prior to releasing the next poll, so you would be able to pull them both up straight away and compare. However, while we still will attach a link to the data, we figured we would include it with the season-opening, and refer to it throughout this page or other posts we make, allowing you to see some of what informs our decision making. When considering what needed to be asked in this poll, we looked at questions that frequently received higher than 80-85% on average and removed them, be it map options, weapon unlocks, etc. We did this because as much as we want to get as much feedback and votes on certain aspects as possible, staple maps like Process, for example, are unlikely to change. In saying that however, we will reinstall them in the poll at some point in the future, but we need to find what works, and what you the player would want to see in polls. Click here to see the January 2022 Poll Results.

The official ozfortress bookable servers have returned! See our news post released prior to this post / season page for more information, and below you can find a basic how-to on booking an ozfortress server.

Qixalite provides free and paid bookable server solutions for the community, and we would like to thank them for continuing to do so not only whilst our servers were down or unusable, but for their dedication to maintaining, building and expanding upon the Australian TF2 community, and the competitive scene at large. You can find out how to use their bookings system and more from their discord.

You cant do this to metalworks. Its the best map in ozfortress. #bringbackmetalworks