Infractions are being reintroduced as of OZF 21. Older community members will be familiar with the principle but for those who aren’t, infractions are a method of quantifying an individual player’s misdemeanours across ozfortress. Acquiring too many infraction points will result in community and competitive bans of varying severity.

Your current infraction point totals can only be seen by you and by administrators on your warzone profile. Infraction points will expire over time based on tier, but ban lengths are fixed and will not expire when your point total drops. The full list of ban levels is as follows:

Again, the full list of infractions can be found in the link below and administrators highly recommend you read up on them, as not knowing that you are breaking the rules is not a valid excuse. If you have any questions regarding infractions please post in #help in the ozfortress Discord. 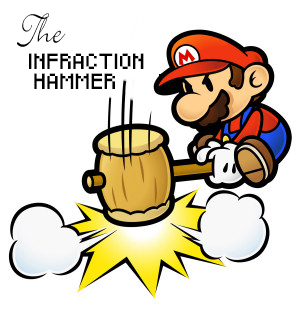